The 2 Secrets to Writing and Presenting a Killer Best Man's Speech.

The first secret is that writers conducted a little covert intelligence about their audience.

This is crucial because as a wedding speech presenter, you won’t know up to 90% of your audience. Without audience insights, you’re ‘flying blind’.

It’s like a stand-up comedian making all sorts of wisecracks about the Pope and the church, without realizing the audience was predominantly Catholic.

Furthermore, it’s the number one reason for attracting stress, anxiety and fear.

Whilst all speechwriters will do some research before writing their speech…

… Elite speech writers research 3 specific areas of their audience… before they start writing.

These 3 areas of research are neither time-consuming nor difficult. It literally takes a few minutes to complete.

And when you apply these 3, you’re no longer guessing your content choices… you KNOW ahead of time what will work well.

Then it’s simply a matter of “giving the crowd what they want”.

The second secret is choosing content that specifically suits your personality.

Each successful speechwriter told me they chose content that was in line with certain key personality strengths.

The end result made them look like professional speakers- even though most were speech newbies.

…They did not use strengths they believed they had (ie- whether they considered themselves funny, great storytellers, natural entertainers, etc).

They used a form of artificial intelligence that quickly illuminated their actual strengths.

Because left to ourselves, what we think are our strengths, can be down and out wrong.

Jackie’s strength is martial arts, and he’s used this in all his movies.

Recently, Jackie said that he wants to take up nonmartial arts roles… He wants to be considered the next ‘Robert Di Nero’.

It won’t be easy, but it’s still possible… because unlike giving a wedding speech, Jackie has something you don’t…the luxury of time…

Remember… you’ve only got just ONE opportunity to get this right. 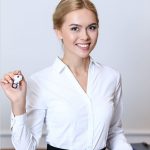 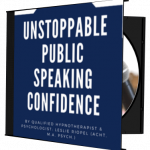