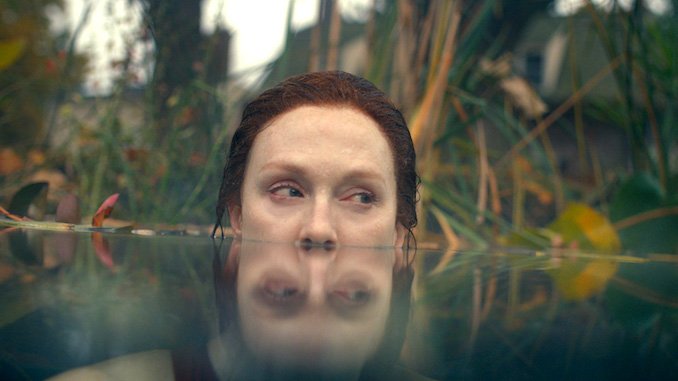 Stephen King has long claimed that Lisey’s Story, his 2006 horror novel about the grieving widow of a bestselling author, is his favorite of his extensive oeuvre. When he spoke to journalists during a virtual press day for the Television Critics Association in February to promote the Apple TV + adaptation of Lisey, he justified his preference by saying it was “a story about love and marriage and the creative impulse . And there is also a tough villain in there, which I liked very much. ”

Inspired by his wife, writer and literacy activist Tabitha King, and her decision to clean up his office while recovering from a near-fatal battle with double pneumonia – and King’s own realization that those empty walls and boxes of materials did just that would be what the room looked like after his death – Lisey’s story, the book, and the eight-part miniseries for which he created and wrote each episode are really two stories in one.

It’s a story about an obsessive fan, a misogynist (presumed) incel named Jim Dooley, played by Dane DeHaan. He believes that his favorite author, the late Scott Landon (Clive Owen), had unpublished works that need to be published posthumously for the good of the world. He offers to team up with a professor (Ron Cephas Jones) who is more prudent about the same thing and has previously tried to pressure Scott’s widow Lisey (Julianne Moore) to release the goods. Jim’s methods involve verbal and physical threats and require Lisey to get creative. The character could be a metaphor for who “owns” the rights to a work or image of a famous person – family or the world – but also asks the more obvious question of why Lisey doesn’t have a security system in her home.

It’s also a story about grief; Lisey has spent the years since Landon’s death more or less alone at her Maine farmhouse while managing her mentally ill sister Amanda (Joan Allen) and trying not to strangle her brazen and headstrong other sister Darla (Jennifer Jason Leigh). In between all of this, she tries to muster the energy to sort through Scott’s belongings and reflect on their lives together as she remembers difficult parts of Scott’s past. These include his miserable childhood living under the rule of his abusive father (Michael Pitt) and his ability to teleport to another plane called the Booya Moon thanks to plenty of running water. In Booya Moon, a healing pool can heal you mentally and figuratively, but a disturbing human flesh monster named Long Boy can hunt and destroy you (maybe now is a good time to mention that JJ Abrams and his Evil Robot Productions, is executive producer of the miniseries).

As if he could see the future in her lifetime, Scott left some scavenger hunt-like clues on Lisey called “Bools” to help her help Amanda out when her sister goes catatonic. But, as Lisey Darla says when telling her about the notes, “Grief is a boolean hunt. My price is to learn to be alone. “

But what is frustrating is that Lisey’s story is not a story of Lisey herself, as it lacks any identity unrelated to Scott. She has no career and no real connections with the outside world. Jim calls her “Yoko”, and she is repeatedly admonished to be “just” a restaurant owner when she and Scott got together, as if she were nothing more than a gold digger (regardless of whether he was a struggling writer at the time or that one of … those things aren’t just extremely sexist). Aside from her affinity for red tops and baggy pants and her love-hate relationship with her sisters, it’s really hard to know about Lisey. Why was she host? Did she want a career of her own? Did she want children? Pets? Any credit for their own accomplishments? Why was she called Lisey instead of her first name Lisa? Why did Scott call her Babyluv? (Their wedding song was “Too Late to Turn Back Now” by Cornelius Brothers & Sister Rose, so don’t tell The Supremes). Although there is a real Lisey’s story in Lisey’s story, it’s a story for Lisey by Scott; none of her or of her.

This makes the miniseries turn out to be pretty predictable and slow, even if the acting is great. It would be easy for Moore to drag the viewers down with grief on this part, but she deals with it the way many people do in grief. After the initial shock of losing a loved one, there are still bills to be paid, clothes to be cleaned, sick relatives to look after, an estate to be settled and, somewhere in there, simply an adjustment to the new normal. Who of us wouldn’t want to hit our head against a car window to allow us a moment of physical pain, to distract us from the fear and the emotional?

And while Owen is hard to understand at times (I know he takes a version of King himself, but just let the guy use his god-given lovely British accent) there is a sincerity about his love for Lisey and her family . On the other side of things, I could listen all day long as Leigh is rude to hospital staff and rubbish her sister’s claims about a secret magical world. And never before did a pizza cutter look more threatening when DeHaan’s Jim opens a take-out box to cut a triangle out of thinly crusted cheese (free photo gallery idea: weapons other than pistols, proving the concept of Chekhov’s weapon).

Plus, the palette of reds, greens, and blues used by director Pablo Larraín, who directed all eight episodes, along with cinematographer Darius Khondji, production designer Guy Hendrix Dyas, and others to weave between reality and Booya Moon is haunting. The main title sequence from the Imaginary Forces design studio, which includes puppet replicas from Owen and Moore to his huge, tree-torn nose, is enchanting.

In the end, I can forgive King a little solipsism. Because maybe the role of “horror and mystery writer” is one of the few professions that comes automatically – unless you’ve been diagnosed with terminal cancer by at least three independent doctors and are surrounded by hundreds of loved ones when you die – is bound to raise a few raised eyebrows on your passing.

And I understand that this is actually a story about Lisey getting her right and learning how to function as a one instead of a half of a two. But I would like a story where we can learn more about the spouse who is supposed to be behind the author.

Or maybe I’m just irritated because I hate it when people run the tap.


Whitney Friedlander is an entertainment writer and, as some might argue, has an unhealthy love affair with her television. As a former contributor to the Los Angeles Times and Variety, her writing has also appeared in Cosmopolitan, Vulture, The Washington Post, and others. She lives in Los Angeles with her husband, son, daughter and a very photogenic cat.