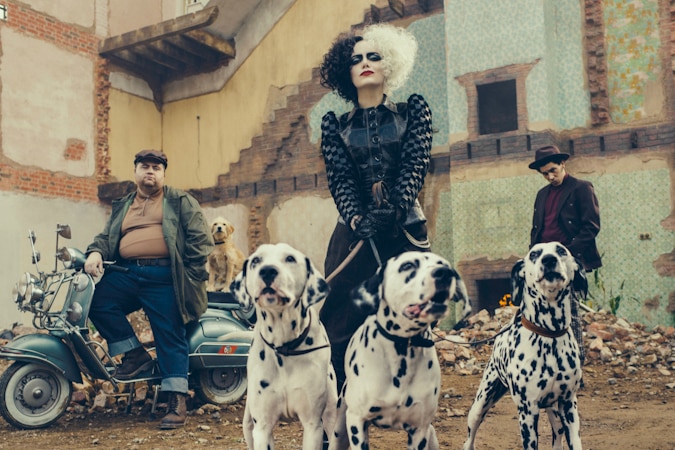 For an empire built on family-friendly entertainment, one of Disney’s great ironies has always been the enduring, irresistible pull of its villains.

After all, who would want to be Snow White and long for a pale prince when you could be the evil queen with the magic mirror? or do you aspire to be the boy-obsessed Ariel the Little Mermaid when the fabulous, God-inspired sea witch Ursula is right there?

Give me single every time, dark and stylish.

Disney seemed to acknowledge this with Maleficent (2014), their confused attempt to flesh out the evil doyenne of Sleeping Beauty, and now – in a spirit not dissimilar to Warner Bros’ Oscar-winning meme Magnet Joker (2019) – they have themselves flipped attention to Cruella, the high fashion priestess who made the animated One Hundred and One Dalmatians (1961) (and their live-action remake from the ’90s) so much more fun.

Directed by Australian filmmaker Craig Gillespie, whose portrayal of another troubled beauty queen in I Tonya must have made him popular with Disney executives, Cruella is an origin story of Pop’s most notorious fur fetishist loosely thought of as the precursor to the Glenn Close film and sets is in hyper-crafted ’70s London that wears like a pair of fake mall-bought Doc Martens. (Don’t look for realistic economic misery here.)

It begins in the 1960s with future malevolence – the maiden name Estella – as a bullied outsider child (played by Tipper Seifert-Cleveland), her shock from two-tone hair, split personality and the tendency to cause havoc on her oppressors.

If a trip to London with her distraught mother (Emily Beecham) ends in tragedy – yes, Dalmatians are involved, would you imagine otherwise? – The young Estella ends up as an orphan on the streets of the misty city, where she falls into the company of two thieving brats named Horace and Jasper.

A decade later, the colorful trio is enjoying a lucrative life in glamorous London with crime at a low level. The budding fashion designer Estella (Emma Stone) sews the gang’s disguise, while the stupid Horace (Paul Walter Hauser) and the cunning Jasper (Joel) Braten) provide the muscles.

Most of the dogs featured at Cruella were rescue workers who were then placed in permanent homes.

Estella’s plan ends up getting her a poor cleaning job at Liberty, an haute couture boutique overseen by The Baroness (Emma Thompson), an authoritative, extravagantly dressed designer who looks after a trio of stormy Dalmatians.

“Aren’t they beautiful and vicious,” she says of her pups. “It’s my favorite combination.”

When a drunken and distraught Estella leaves and Vivienne Westwoods walks into one of the boss’s shop windows, the notoriously difficult-to-satisfy baroness is impressed enough to be accepted as a junior designer. For a moment the film plays as The Devil – or should it be DeVil – Wears Prada (Aline Brosh McKenna, the film’s writer, gets a story credit here), but soon the discovery of a dark family secret sets the young designer straight on a path the vengeance.

Estella’s psychotic alter ego Cruella is born, and a war over performance fashion stunts breaks out between her and the Baroness.

With such a rich sandpit to play with and so much acting talent – Emma between the generations between Emma and Emma – it’s strange that Cruella should feel so impersonal and never find the spark of real craziness that could land him as a classic.

Thompson, whose amusingly dismissive cruelty feels like input from co-writer Tony McNamara (The Favorite), seems to be having fun, and there are moments – splashing her lackeys in their faces with perfume; Poking an unhappy waiter in the eye with a champagne cork – that has a deliciously mean streak. It has been rumored that Nicole Kidman, Charlize Theron, Demi Moore and Julianne Moore are in the running to play the Baroness.

Stone, who also doubles as executive producer, fits the role perfectly with her Disneyland English accent, sardonic grin, and big, mischievous eyes, but the film fails to fully harness her natural, awkward energies and let them properly reins.

The culprit seems to be Gillespie, an ad-supported director who – as was the case with the terrible self, Tonya – has never hit a scene that he couldn’t indiscriminately scare off with a tired pop music cue.

He skins Cruella alive and unleashes a jukebox of hackneyed needle drops – from The Clash and Blondie to the one Rolling Stones song you all know comes along – like a bad wedding DJ who does the soundtrack of the film itself (and especially) papered when the songs bear no relation to the action on the screen.

If I never hear Nina Simone’s wellbeing in a Hollywood film again, it will be too soon.

The endless music video montage means the film doesn’t build a dramatic rhythm, while Gillespie’s constantly moving, faux-scorsese camera rarely finds an idea or image that he allows the audience to enjoy.

Space to play or pause, M to mute, left and right arrows to search, up and down arrows for volume.listenDuration: 54 minutes 12 seconds54m Nonetheless, there is pleasure: the cinematography by Tonya DP Nicolas Karakatsanis is quite adorable and captures the moment when the fabulous energy of glam rock punk gave way to playful subversion.

Cruella’s fashion stunts have a kind of punk show (wo) manship: their entrance from a garbage truck wrapped in a newspaper dress with hair piled up like the Frankenstein bride, or a rough performance of The Stooges’ I Wanna Be Your Dog are both heavy to resist.

Similarly, Cruella’s androgynous pal Artie (John McCrea), a character who may have emerged straight out of Todd Haynes’ Velvet Goldmine, gives this Disney film something that comes close to a properly realized strange presence (even when drastically underused) . Gillespie says he still has a distinctly Australian sensibility as a filmmaker and as a person: “It’s a way of using humor to diffuse or distract situations.” (

Meanwhile, seasoned costume designer Jenny Beavan (whose work extends from A Room With a View to Mad Max: Fury Road) rides in Cruella’s anarchic ensembles with leather trench coats and whips that mix the SEX boutique and Michelle Pfieffer’s Catwoman (the Urtext) It seems to town for villains these days).

Cruella doesn’t exactly end as a showdown between punk and the establishment, but rather as a duel between the queens of the upper class – a brutal, damaged girl and her equally disturbed mother figure – playing against a storybook version of the time.

If no one was so keen on knowing Cruella’s backstory, then it is thanks to the screenwriters’ credit that the film doesn’t distort her essential villainy like Maleficent does – or graciously saddles either Cruella or the Baroness with something resembling a romantic interest .

But it’s about humanizing them, explaining them, and sacrificing them (much like Joker) rather than relying on the riddle of a beautifully turned antagonist.

Sometimes a movie just needs a compelling image of evil that any unsuitable child can strive for. As Cruella herself says, “People need a bad guy to believe in, so I’m happy to get the bill.”

Cruella is in the cinema now. 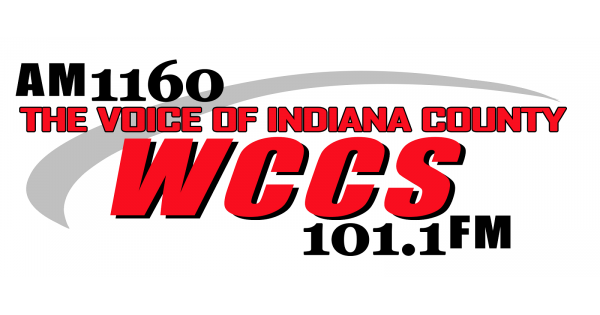