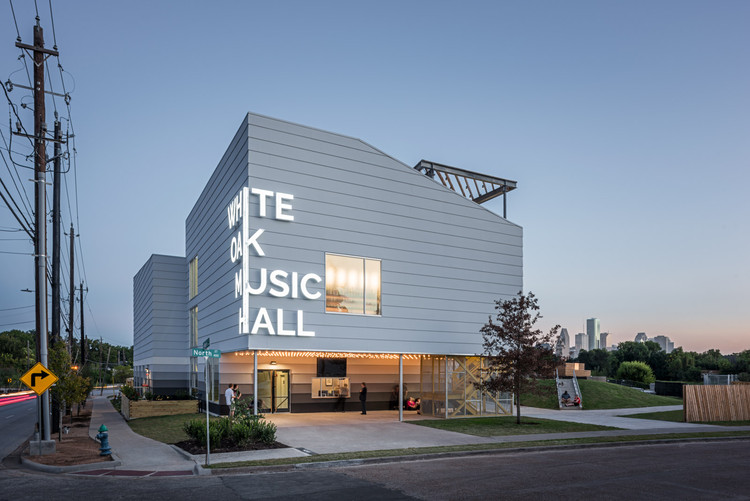 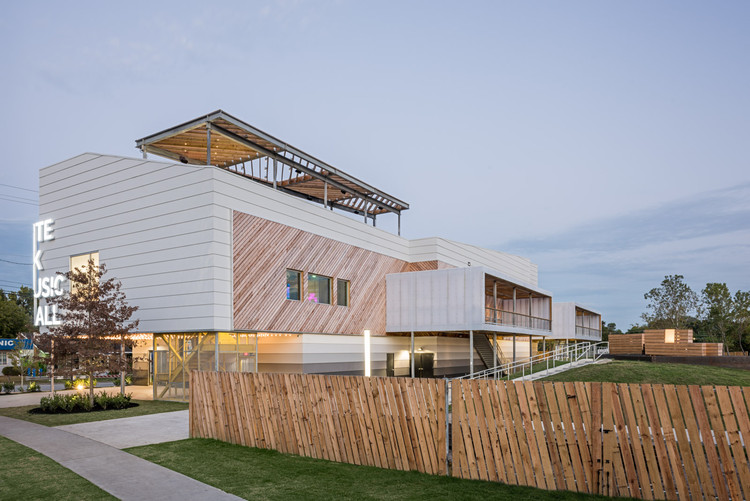 Text description of the architects. The Houston and New York based architects SCHAUM / SHIEH designed a dynamic cluster of music venues in Houston, which consists of the White Oak Music Hall, The Lawn and the Raven Tower Pavilion. The project is a seven acre collection of new and adapted buildings, open air structures, landscaped areas, and paved and paved surfaces along the Little White Oak Bayou. Consisting of a large main site and a collection of smaller lots, the project is a unique example of urban backfill embedded in the neighborhood on either side of the bayou floodway, with views of the Houston skyline. The venues are owned and operated by a diverse and local group of live music fans and professionals. They provide a new, state-of-the-art, transit-oriented cultural hub for the Near Northside neighborhood and the city. 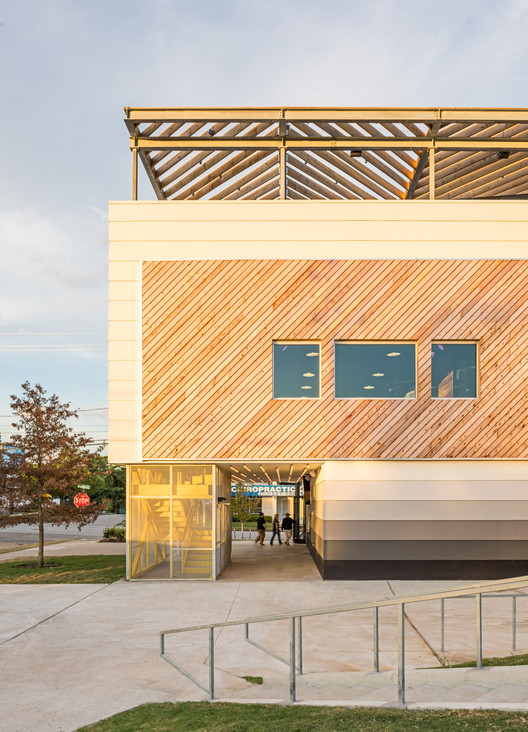 The White Oak Music Hall (WOMH) is the anchor of the project. The building, completed in 2017, houses two event rooms: WOMH Downstairs and WOMH Upstairs. With a capacity of 1200 people, WOMH Downstairs is the main hall and heart of the building. It consists of two levels lined with cedar wood slats that are arranged to acoustically tune the room and provide pockets for ambient lighting. WOMH Upstairs’ 200-person capacity provides a more intimate environment for up-and-coming acts. Backstage windows allow viewers to get a glimpse of the skyline during a show. In the entire building, the range of materials is factual and elementary: steel rod, concrete rod, wooden rod. The aesthetics are deliberately direct: the circulation is painted in immersive light colors, which appear in contrast to the dark performance and technical rooms and mark the different zones of the building. Like the industrial buildings that traditionally house rock and roll venues, the building was built for intensive use. The materials have been selected and detailed to ensure and carry the expected rough handling. 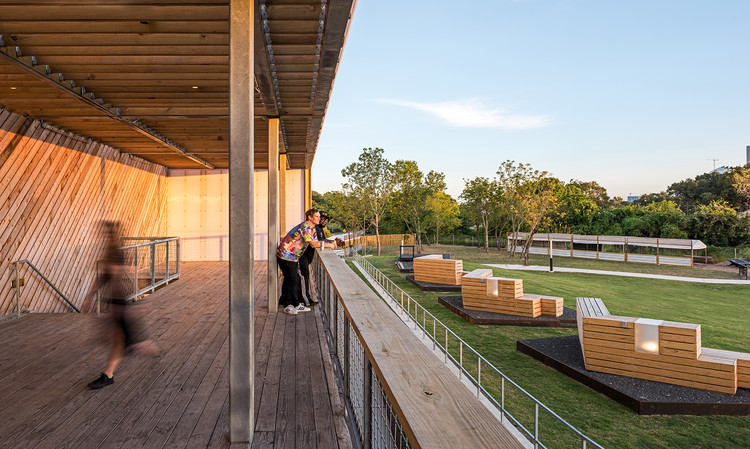 The White Oak Lawn is a 3,800-seat amphitheater designed to frame the bayou landscape and skyline. The prevailing winds keep the concert-goers cool even on hot summer nights. Balconies and a roof terrace give the venue a vertical orientation and support an intimate audience experience. 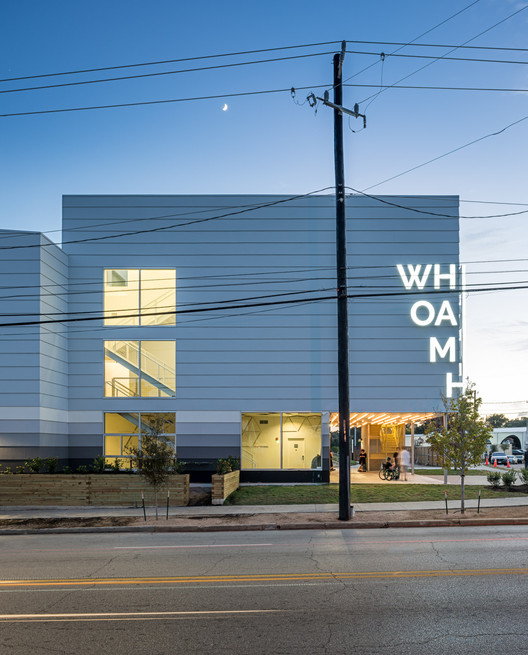 Most recently, an existing metal warehouse and a unique steel tower were converted into the The Raven Tower Pavilion is slated to reopen as a bar and small performance space at the end of February / beginning of March 2018. Large arched openings were surgically cut into the steel building to open it up for natural ventilation and views. The existing 20-ton steel crane became the proscenium for a small performance range. A covered terrace along the bayou hides a water retention basin that extends the performance space and reintegrates it into the relaxed landscape. 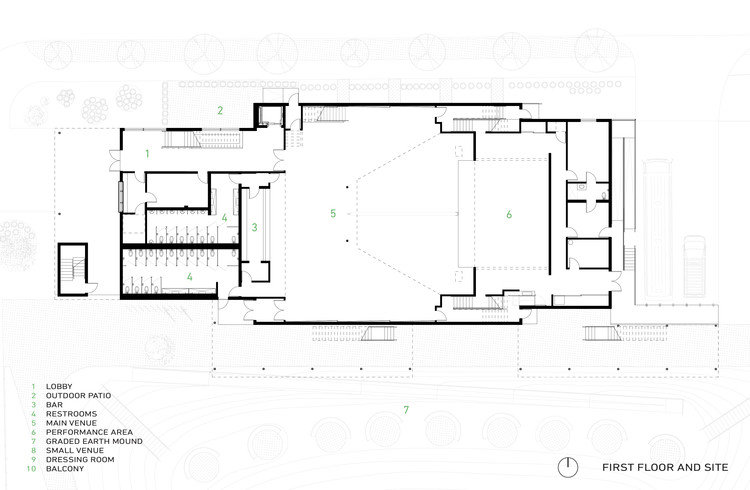 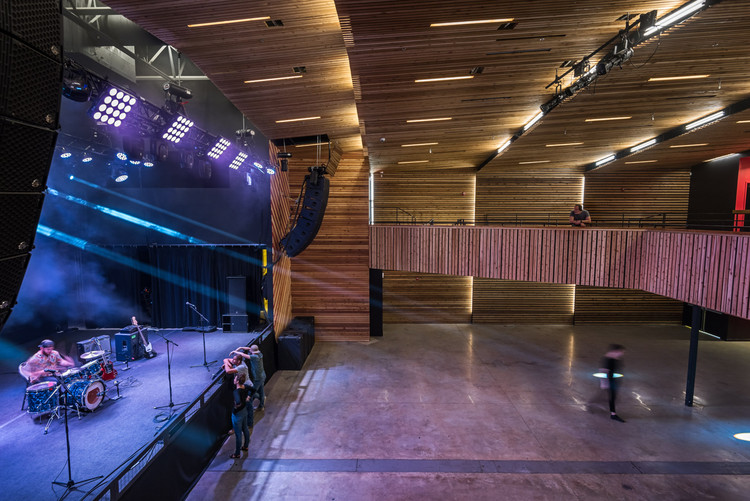 The architect Troy Schaum explained the new venues: “We designed the performance rooms so that they have a hard character and are a little compressed. The rawness of the materials invites people to touch, step and rub against them The architects emphasized the nesting scales within the project, from the intimacy of WOMH Upstairs to the modest size of WOMH Downstairs, the main hall that culminated in The Lawn as the urban outdoor living room for the city . 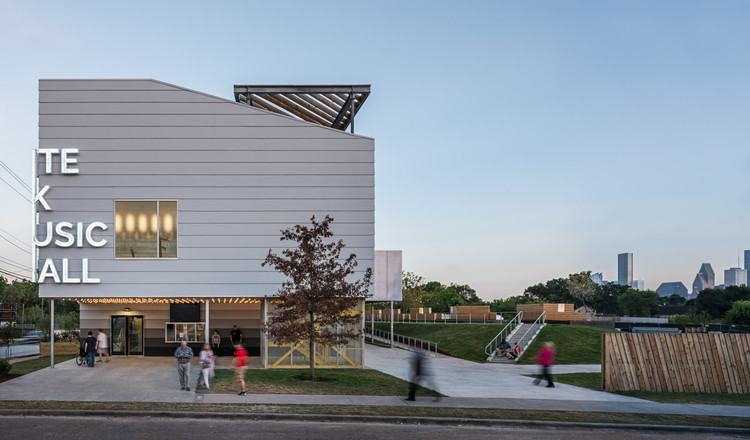 About the amphitheater, architect Rosalyne Shieh said: “When the lawn is teeming during an open-air show, the gray shape of the main venue emerges on the banks of the bayou and hovers behind the crowd like a geological object that looks out into the distance. the downtown Houston skyline. “ 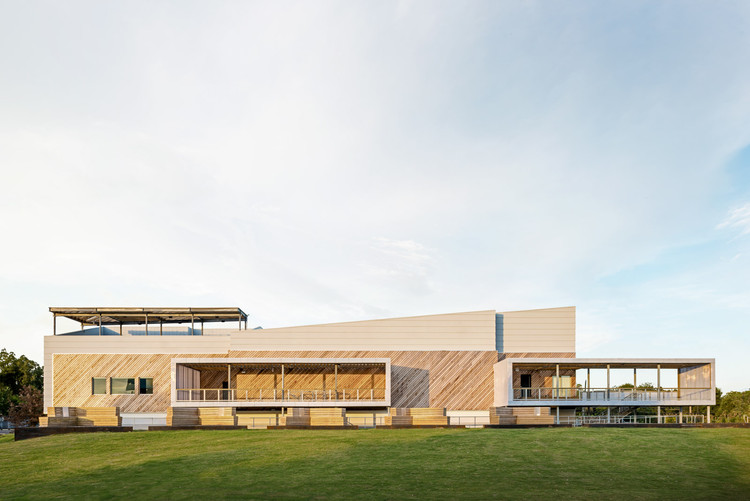 Not only are these venues an exceptional contributor to Houston’s cultural life, but they are an integral part of the expanded Quitman Street light rail system, as well as the latest addition to the Houston Bayou Hike and Bike Trail network. In a city dominated by cars, the White Oak Music Hall builds on public transport and bicycles and encourages their use.